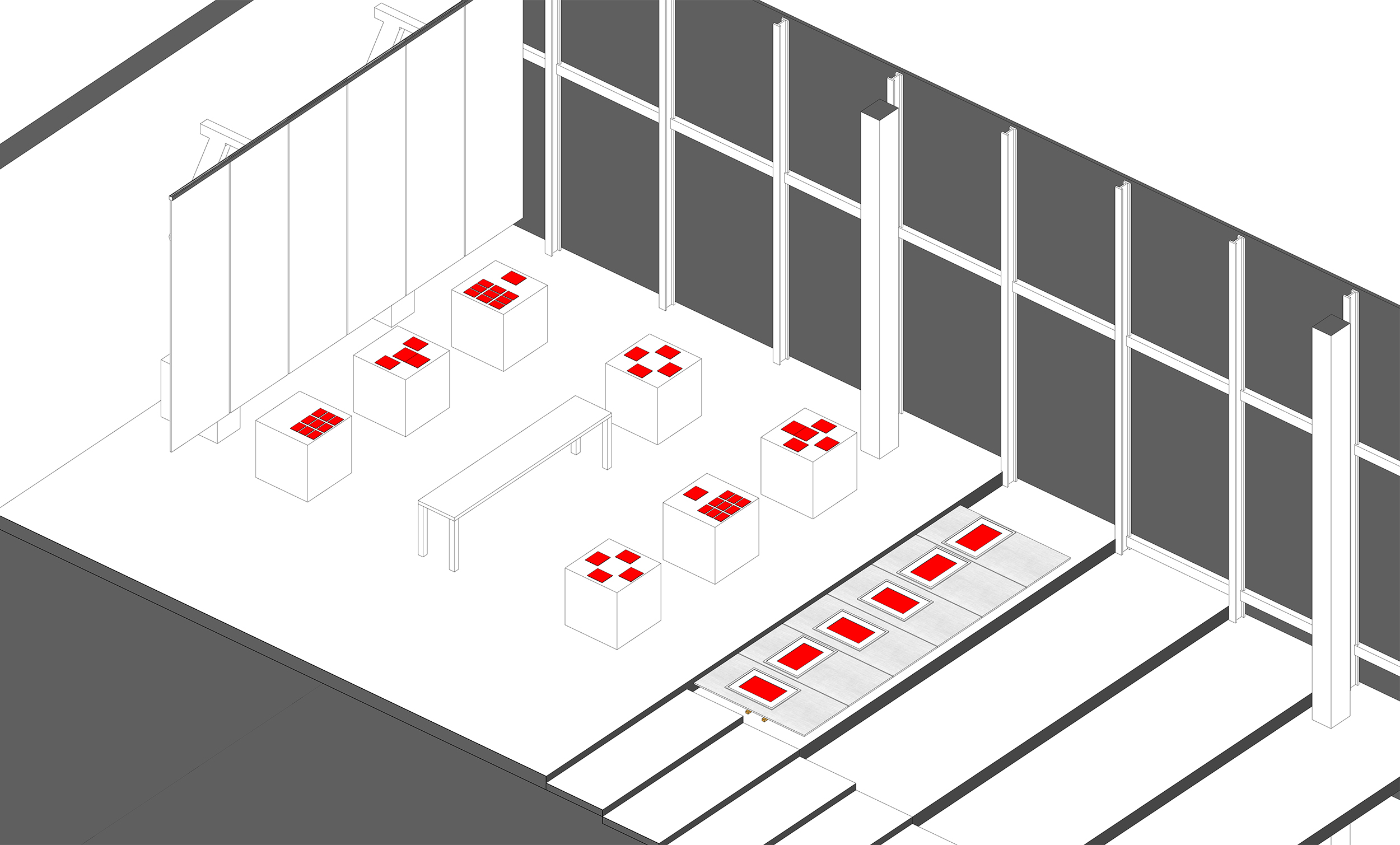 Walking through Oud-IJsselmonde (a peripheral neighborhood of Rotterdam) we stumble upon an odd scene. Children are rollerblading down faints asphalt hills, to a background of monumental, if not sublime, concrete monoliths supporting the Van Brienenoordbrug, the busiest bridge in our country. Above, thousands of cars pass by Oud-IJsselmonde without ever taking notice of its hundred-year old dyke houses. Below, the sounds of laughing children echoes between the thirty meter tall pillars. Further away we see an elderly couple walking their dogs. Near the water the concrete pillars obscure a tiny quay that is used by the occasional couple for an intimate meeting. All recreational activity underneath this internationally important car overpass is set to a score of dim traffic noises.

Since the 19th century, cities are increasingly complex mechanisms dependent on extensive infrastructure. As part of larger regional, national and international networks, their planning and implementation is mostly (if not only) executed as a superimposition of infrastructural layers upon the local urban fabric. Vice versa, the presence of these supralocal networks in itself spawns contrasts and spaces previously unknown to planners and architects.

From the industrial revolution on the modes of transportation and types of infrastructure have increased. Movement that was exclusively driven by human or animal power, or by the exploitation of the wind, was complemented by mechanical and motorized traffic on water and land, as well as by airborne transportation. The arrival of these new forms of traffic resulted in radical transformations of the (urban) landscape. From being an integral part of a place and public life, infrastructural networks, mainly those for motorized traffic, but also the port infrastructure for instance, started to withdraw themselves from those places and that public life to scale up and evolve into a highly specialized and highly technocratic system of its own. Over time this led to superposed idiosyncratic interlocal networks that subtracted itself from its substrate of the (urban) landscape as autonomous entities. These entities started to dominate or impose themselves upon a certain place, sometimes also on a different level, and as such reordered these places, resulting in a confrontation between different logics that subsequently express themselves spatially.

In the jury report for the 1996 Rotterdam Maaskant Prize, the Port of Rotterdam was lauded as an inspiring example for modern spatial design, where planning and order are dictated by the movements and forces on the level of transportation and communication, resulting in an astounding spatial infrastructure. The relations between port and city are constantly negotiated, resulting in new types of spaces.

This contrast is also visible in physical space where the confrontation between the plan logic, which appears as a coherent whole on paper, unintentionally leaves space or room for unforeseen activities. The conditions of these infrastructural spaces create some sort of spatial vacuums where highly varied, though specific activities take place that are decoupled from the predominant infrastructural landscape and as such gain a certain independence. Even in Japanese cities, where there is virtually no excess space left due to high urban pressure.

This selection of photos complements the highly functionalistic quality of these infrastructures with the unforeseen scenic, picturesque remarkable qualities of a highly technological and ordered landscape, in Rotterdam as well as in Japan.

Port of Rotterdam : into the future

The intermediate size of the port : between water and city

Camping in the Botlek