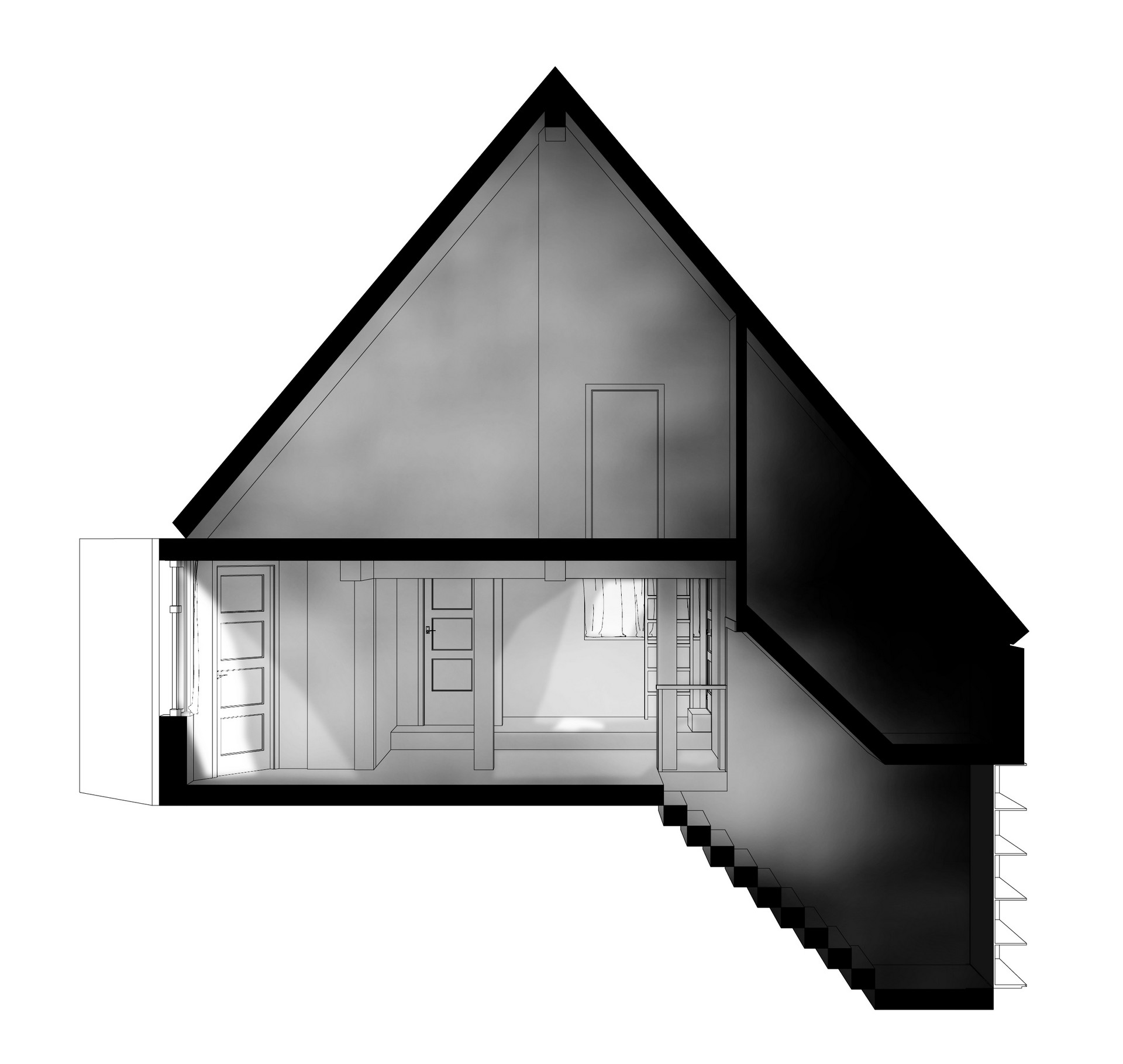 Amsterdam had a thriving Jewish cultural life before it was disrupted in the period of occupation (1940 – 1945). That life has left its mark in the architecture of Amsterdam as can be seen in the buildings of Jewish institutions, theaters, museums, churches, schools, cinemas, cafes and residential complexes. A number of these buildings survived the war and the postwar urban renewal projects, others were demolished and disappeared for ever. The buildings that still stand form the last physical evidence of a forever obliterated urban culture. The traces of the buildings that disappeared are being preserved in archives and memories, its pictures left on drawings and photographs and by these means form a part of the architectural memory of the city.

Before the occupation, about 80.000 inhabitants of Jewish descent formed the largest Jewish community in the Netherlands. It is noteworthy that, compared to all other countries and cities with a Jewish population, in Amsterdam the highest number of Jews was arrested and deported. The reason lies in the efficient registration and classification of citizens established by the Amsterdam municipality of which the occupants made use. In 1940 the occupants ordered the Amsterdam administration to draw the so-called ‘Stippenkaart’. This demonstrates that the making of maps is not always neutral and can clearly become a part of a political strategy. According to the French philosopher Foucault maps are representations of power: “Rather than just enumerating productions and resources – although it is not a question of under-estimating the importance of the data that power sometimes in space, or in the combined play of different spaces of power. The superimposition of maps of data and networks of power would certainly give us a few clues as to the space at stake in social conflicts.”

Despite the highly efficient bureaucracy a number of Jews still managed to go into hiding in the city and found shelter in residential buildings, the specific Dutch phenomenon of ‘achterhuizen’, workplaces and attics. The Anne Frank House is probably the best known hiding location in Amsterdam. About many other shelters in Amsterdam from that period little or nothing is known.

Listed below, the 2014 edition of the Architectural Analysis course focussed on these themes by means of four main topics: the architectural traces of the once thriving Jewish culture in Amsterdam; the hidden shelters where many Jewish town residents were forced live in to save their lives during the occupation; the spatial mapping of pre-war, war and post-war traces by critical cartography and finally the relation between social memory and place memory.

War period:
The Cartography of Segregation (Institutional maps, neighborhoods of concentration, gathering and deportation locations, locations of the occupier)

We know several movie adaptations of Anne Frank’s well-known diary. Although all were based on the same source, the diary, the conditions of space and light in the secret annex of a inner-city Amsterdam dwelling were designed differently each time.

The drawings of the first sequence are related to one of the earliest film adaptations by George Stevens from 1959.

The second sequence shows the layout of the hiding place as it was represented in a movie directed by Gareth Davies in 1980.

During the German occupation of the Netherlands in World War II an estimated number of 28.000 went into hiding. While some people moved from one hiding place to another, others stayed at the same location for years while still many were discovered and deported. A hiding place could be large or small. In some cases it was an apartment where people were free to walk around. Others were less lucky and found themselves hiding in attacks, under floors, behind a suspended ceiling or in a cupboard or a shelve where any movement was almost impossible.

The all-white models are built in a 1:33 scale. The thriving pre-war Jewish Cultural life left its marks in the architecture as can be seen in the models of theaters, museums, synagogues and cafes. On the other hand, the models of hiding places represent the shelters where many Jewish citizens were forced to stay to save their lives under the occupation. The models are kept quite abstract and empty in order to offer a space where observers can freely unfold their imagination.